We see a clear shift in the Federal Reserve’s interest-rate policy. The Fed spent 2018 raising borrowing costs in an effort to cool down an economy that was heating up on the strength of healthy job growth and lower taxes. The strong economy and better business environment led the Fed to suggest that further rate hikes would be implemented in 2019. However, global growth has cooled, and inflation has fallen below the Fed’s 2% target, which reversed the Fed’s course of actions. Following the release of additional mixed economic data (including figures on homebuilding), the Fed signaled it could reduce interest rates should uncertainties around the trade negotiations and further global economic slowdown persist. That provided support to the stock market and reduced the risk off movement.

While negative sentiment this year has been seen primarily in slower global capital expenditures growth, the risk to the outlook is that the drag spills over into labor markets. Major central banks took a note of that and are ready to act to counter this risk. Both Fed chair Powell and ECB president Draghi indicated that policy relief is possible very soon. The Fed could lower rates as soon as July. While the central banks’ efforts on their own are unlikely to bump the sub-par global growth in the second half of 2019, they are easing financial conditions and central bank stances elsewhere, which is trimming downside risk.

On the surface bonds seem to indicate a much choppier environment than what equities tell us about the second half of the year. Equities are up strong this year, and contrast to the bond yields which have moved lower. However, the equity market leadership consisted of defensive sectors over the last 12 months. (Utilities are up 20% and are the best performing sector).  Per JP Morgan, flows into Defensive vs Cyclical sectors look extreme. The Valuation Spread is spiking higher again per our proprietary research – so the market is far from complacent at the moment.

When we look at fundamental factors (see the heat map below), we see markets preferring Safety and Momentum going into the summer. Here we take 40% best large caps in each factor group and compare the median monthly performance of the group to S&P 500. As you can see, at the beginning of this year the markets took a positive stance and rewarded good Valuation, Yield, Growth and Profitability. However, after the trade war intensified sentiment shifted towards taking risk off the table.

JP Morgan thinks the upcoming central bank cuts should be seen as an insurance, and the yield curve might in fact stop flattening. They maintain a bullish equity view for 2019, believing that the growth-policy trade-off is much better than it was in 2018, that the USD might be peaking, curve re-steepening and that the positioning, as well as the sentiment, has room for upside surprises. They were cautious on Value style over the past year but look for a rotation in market internals in 2H.

Signet’s economic sector forecast keeps pointing out that pro-cyclical sectors like Industrials, IT, Financials, Real Estate are to take over the leadership in the second half of this year. We see a lot of good Value plays in these sectors and while keeping a balanced posture look forward to the market coming back to fundamentals from a short-term panic attack.

The information and opinions included in this document are for background purposes only, are not intended to be full or complete, and should not be viewed as an indication of future results. The information sources used in this letter are: WSJ.com, Jeremy Siegel, PhD (Jeremysiegel.com), Goldman Sachs, JP Morgan, Empirical Research Partners, Value Line, Ned Davis Research, Citi research and Nuveen. 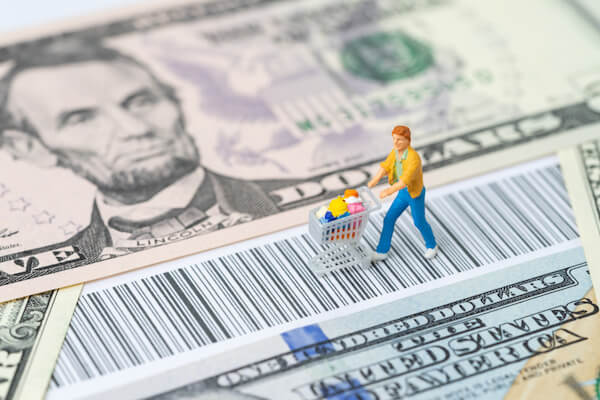