Despite predictions about rising rates & fears of an imminent bear market in bonds, fixed income investors experienced a solid year in 2017.  Interest rates were range bound for most of the year, and most bond sectors turned in positive returns. Following the Trump election in late 2016, bonds priced in higher inflation and economic growth, but higher growth and inflation failed to emerge for the most part in 2017.

The 10-year Treasury yield remains right around the level it began 2017, while the 30-year yield is slightly lower now.  Short rates rose slightly as the Fed continued raising rates and the effective Fed Funds Rate moved from 0.55% to 1.16% during the year.

This has led to flattening of the yield curve throughout 2017.  The reduced difference between longer-term and shorter-term Treasury yields reflects the market view that the Fed will continue raising the overnight target rate, pushing short yields higher.  However, longer maturity yields remain range bound influenced by a soft inflation outlook.  The Fed’s December comments reinforced these views with more optimism regarding economic growth in 2018, but no corresponding increase in inflation. This supports our view that monetary policy will remain accommodative and a benign rate environment should support economic growth.

Our general view of rates remains somewhat unchanged.  We believe short rates are poised to continue rising, but think longer-term rates will remain stubbornly low, with very low likelihood of much higher inflation over the next 5 years.  We are somewhat cautious for bonds in the near-term, but still not as concerned as bond perma-bears would have us believe.  The negative sentiment towards bonds from the media and some pundits, which are largely based on market myths & misunderstandings, have kept an unfortunate number of investors from being involved in what continues to be a beneficial & profitable asset class.  As stocks and other risk assets rise in value, we think bonds, despite low rates, are an even more important diversifying asset class despite their low(ish) return expectations going forward.

The Federal Reserve (Fed) raised the fed funds rate by 25 basis points (0,25%) to a range of 1.25% to 1.50%, the third hike in 2017.  The Fed cited solid economic activity and tightening labor markets.  The Fed believes inflation will eventually accelerate toward 2%.  The Fed’s median forecast for the Fed funds rate reflects three 25-basis-point rate hikes in 2018 and tow similar increases in 2019.

The transition from Chair Yellen to Chair Powell probably won’t affect interest rate policy in the short term.  We expect a continuation of the balance-sheet reduction program and a series of modest, data-driven rate hikes.  More importantly, we expect Fed policy to continue to be very transparent, which should dampen volatility with fewer unanticipated or poorly explained Fed moves. 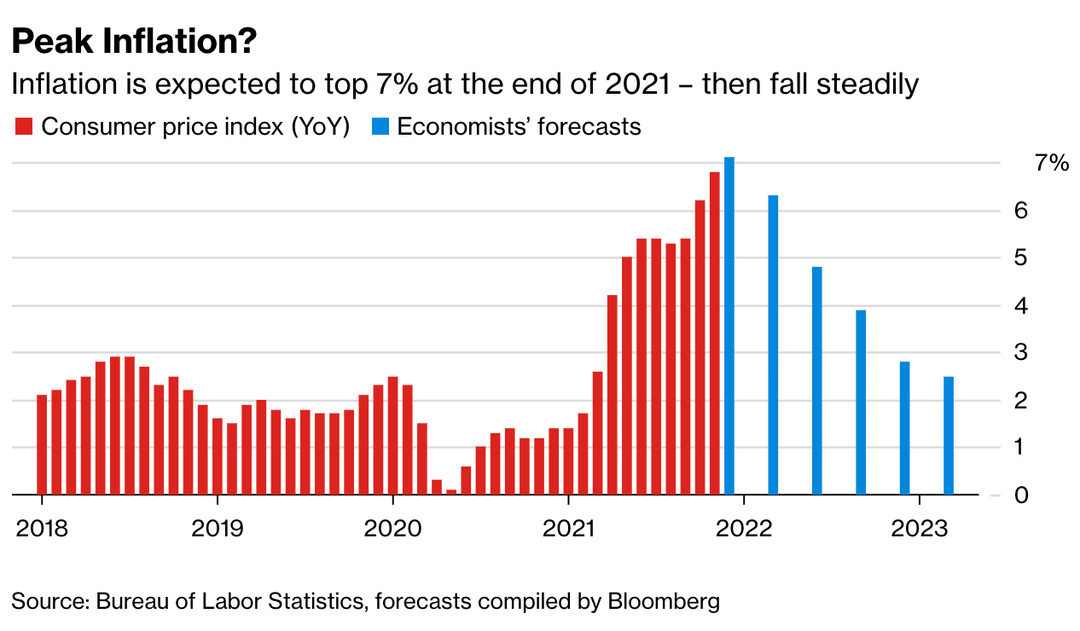 The clashing forces that will drive U.S. inflation in 2022
Things are about to get worse — but after that, they should steadily get better. That’s roughly how economists envisage the path of U.S. inflation in the year ahead.
Read more 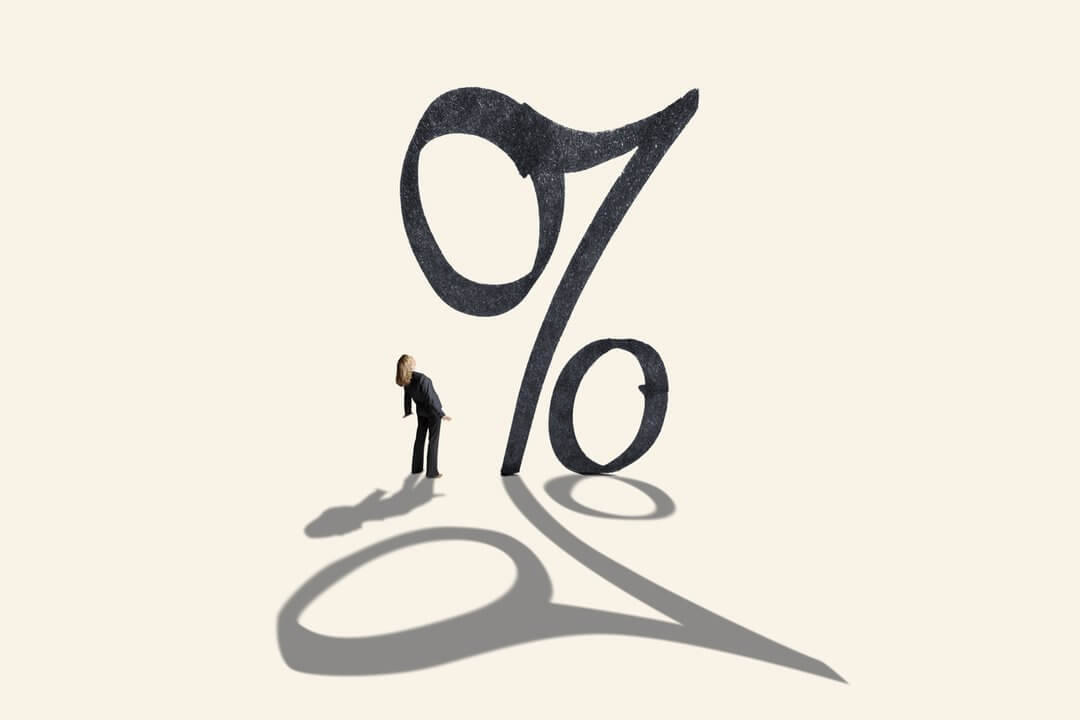 Why 7% inflation today is far different than in 1982
Inflation was last this high around 40 years ago, but prices were falling in the early ’80s as the Fed pushed the economy into a recession. What do these two periods have in common...
Read more 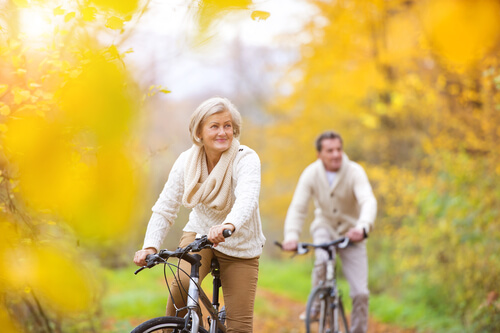 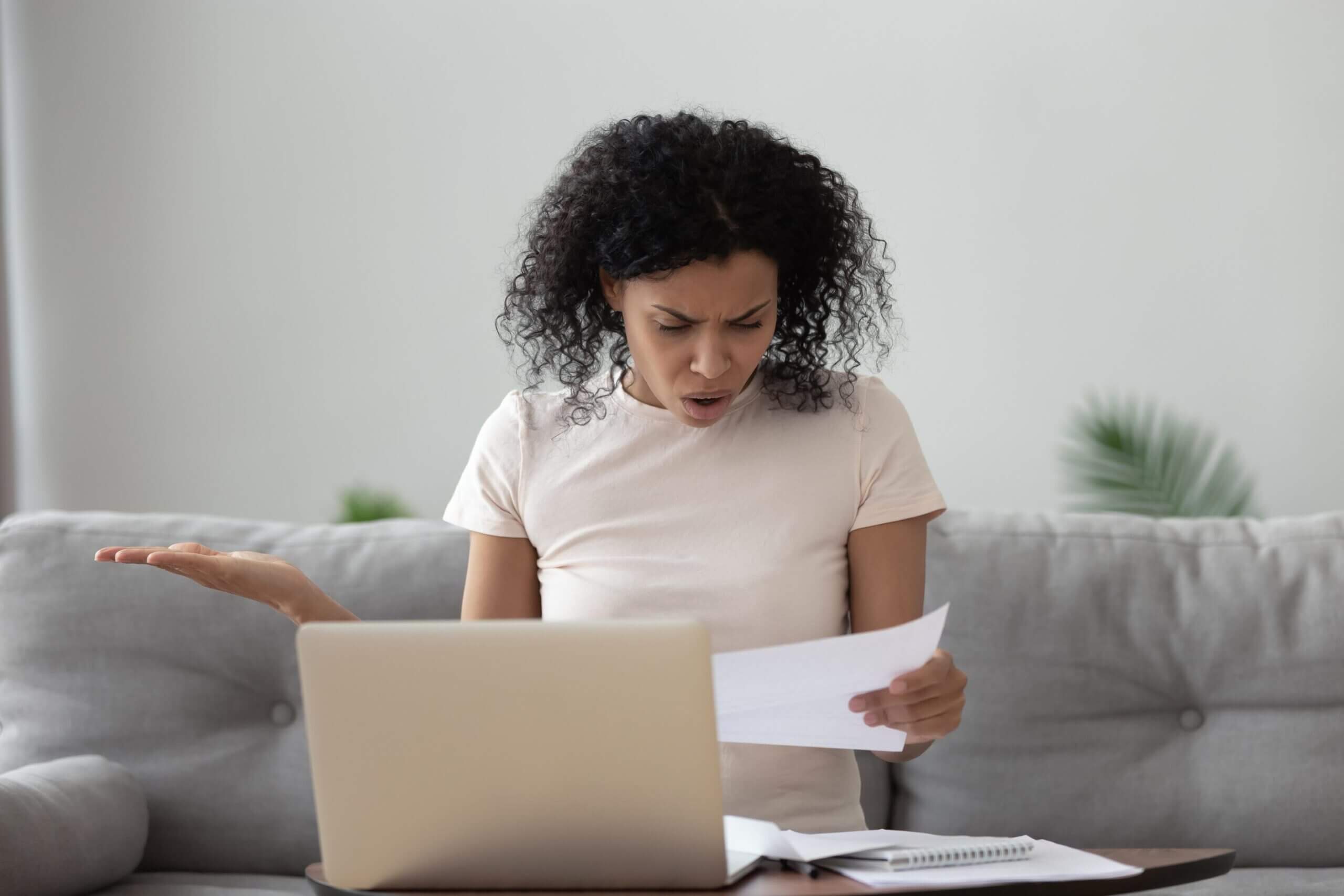 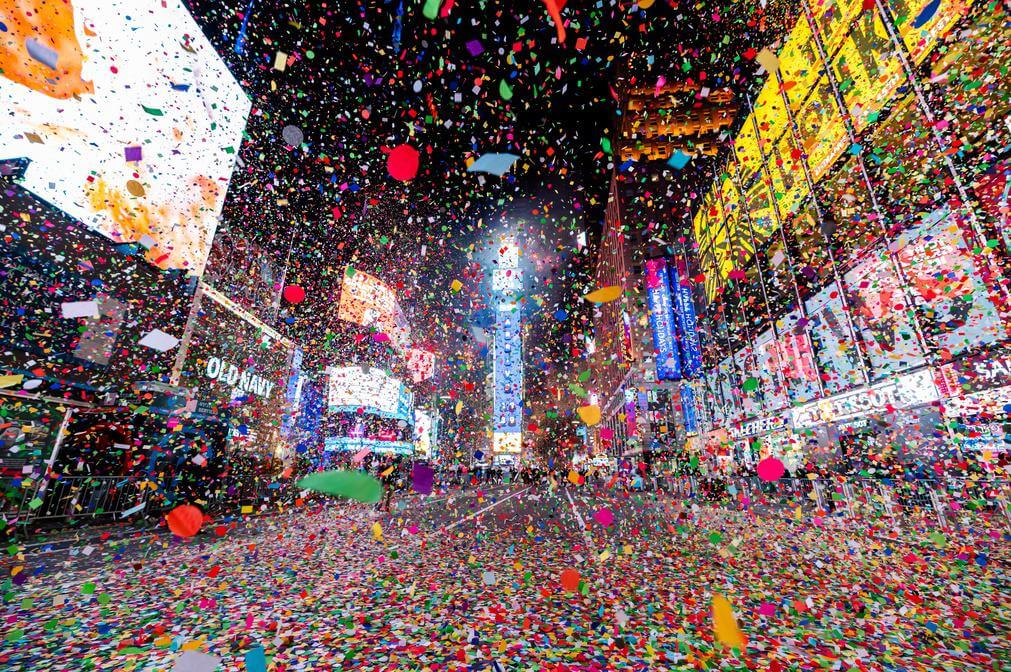 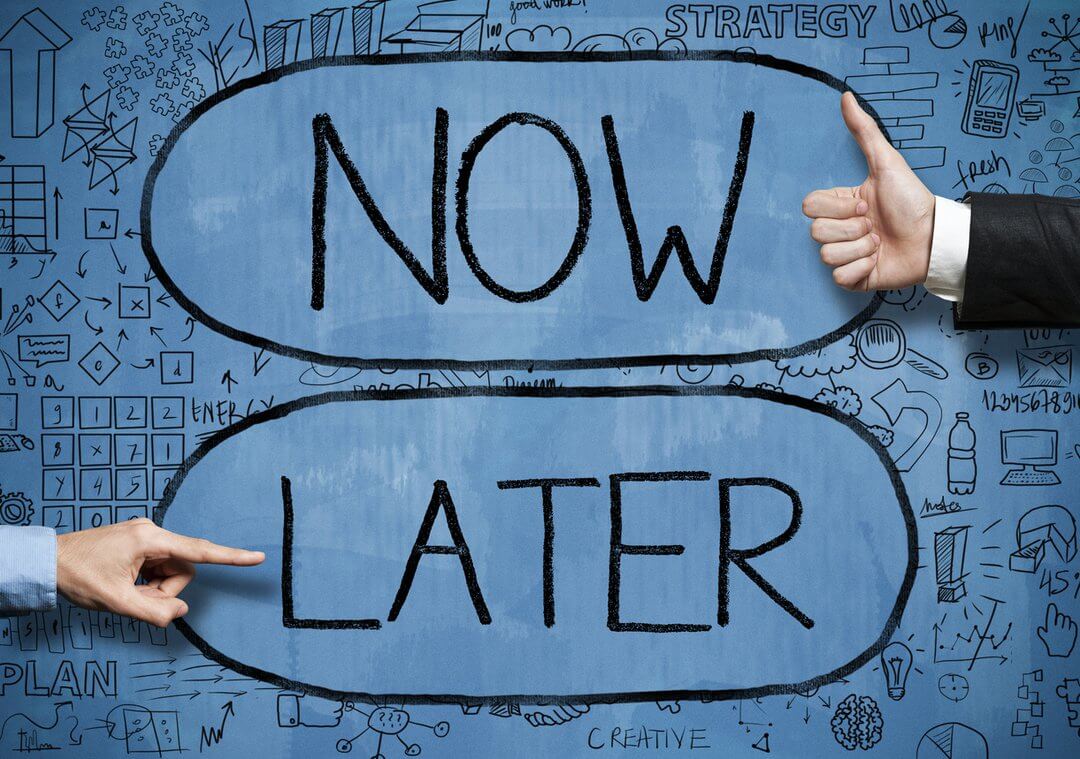 5 steps for a quicker (and bigger) tax refund in 2022
As political debates around tax policy continue, here’s what to do now and in the coming months to possibly get a quicker and bigger tax return in 2022.
Read more 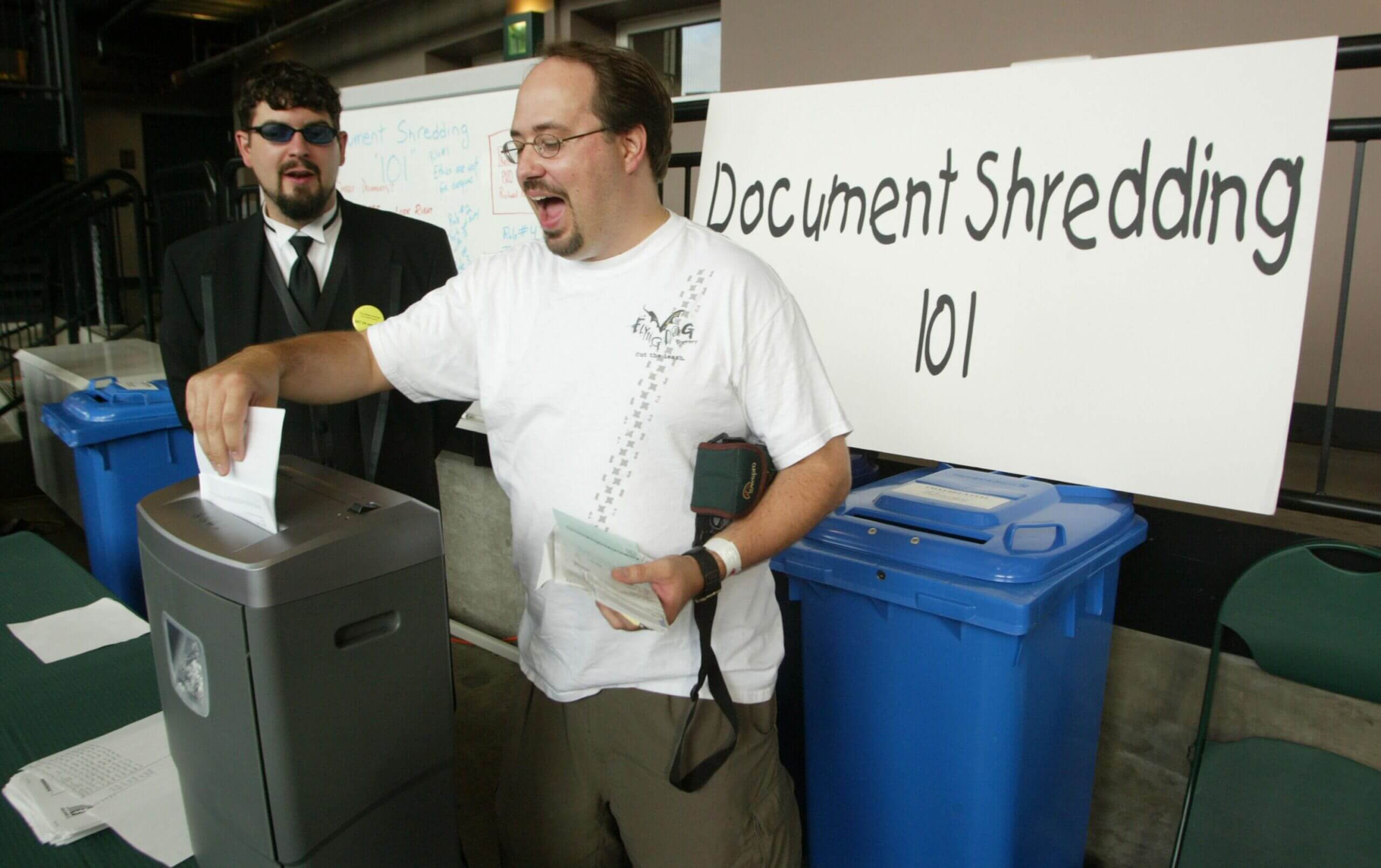 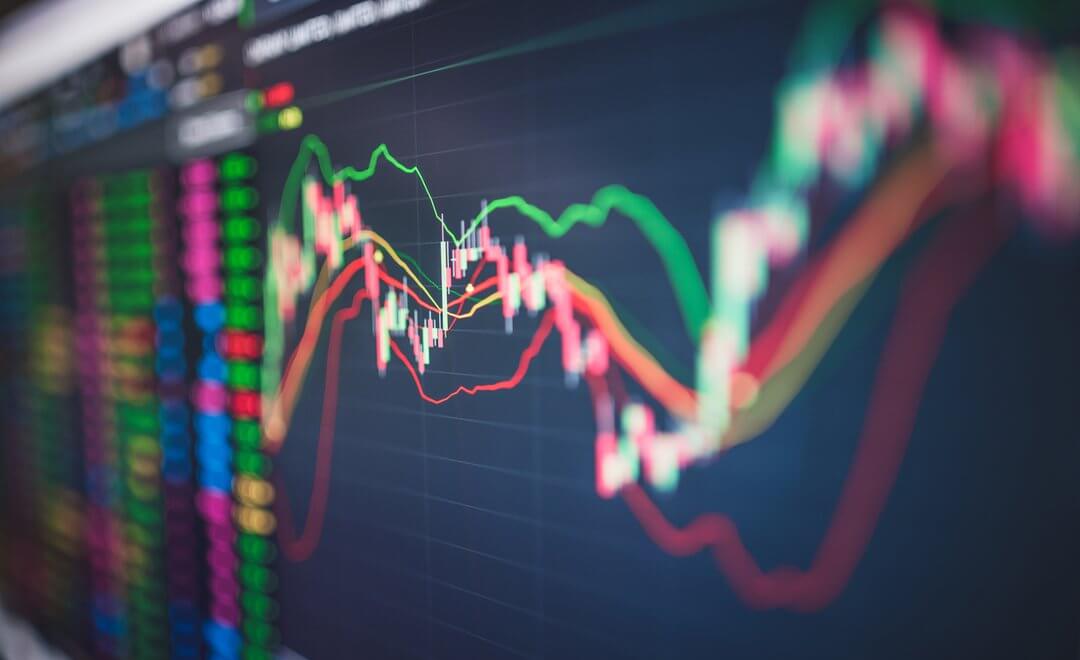 Manchin blow and Omicron spark market selloff
Stocks are slumping amid concerns over the Omicron variant and fresh restrictions being imposed by a number of countries.
Read more 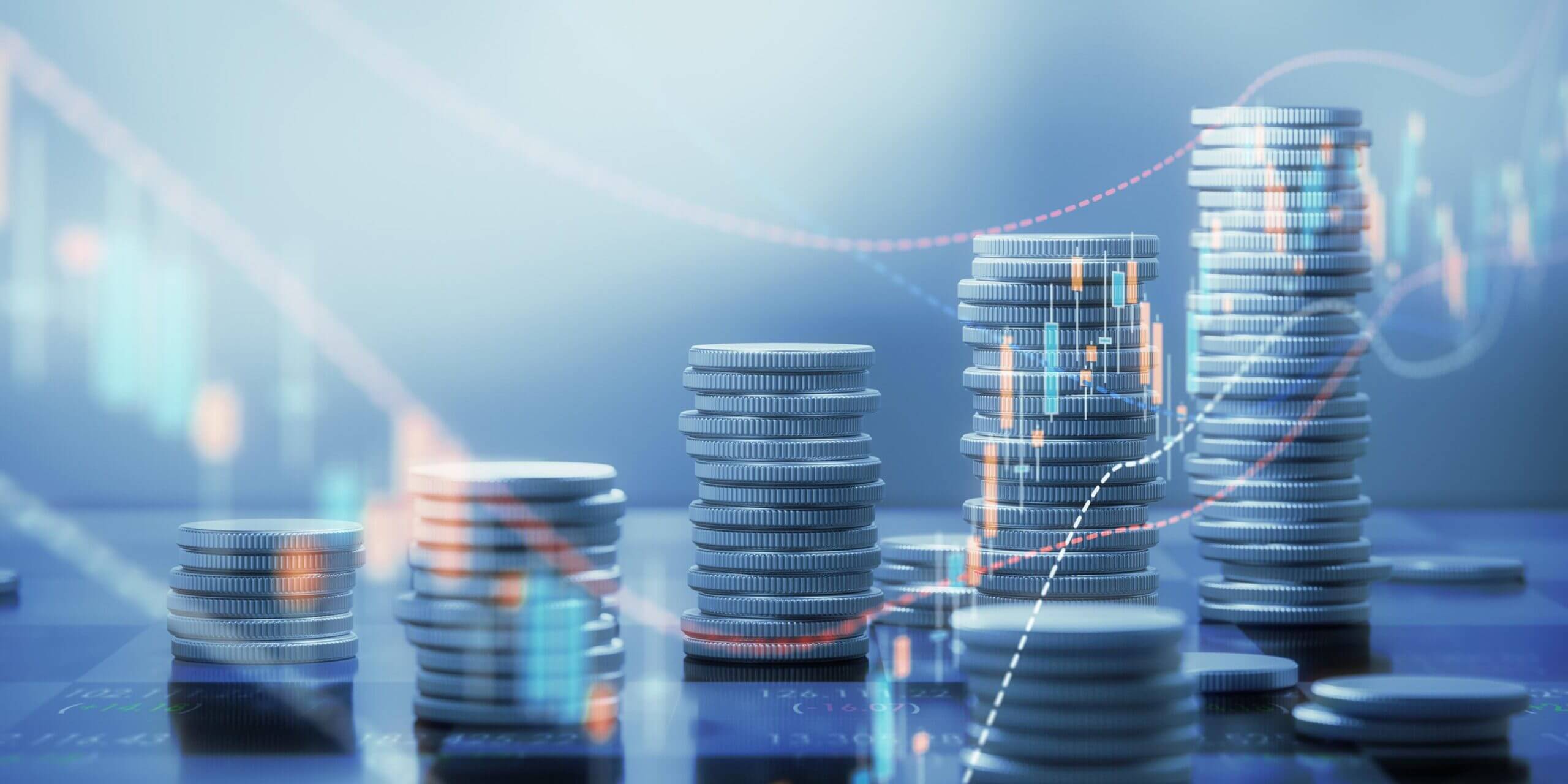 5 things that have compounding effects on your savings
Over time, making little changes to your finances can add up. The earlier you take these steps, the longer they have to work and the greater your outcomes will be.
Read more 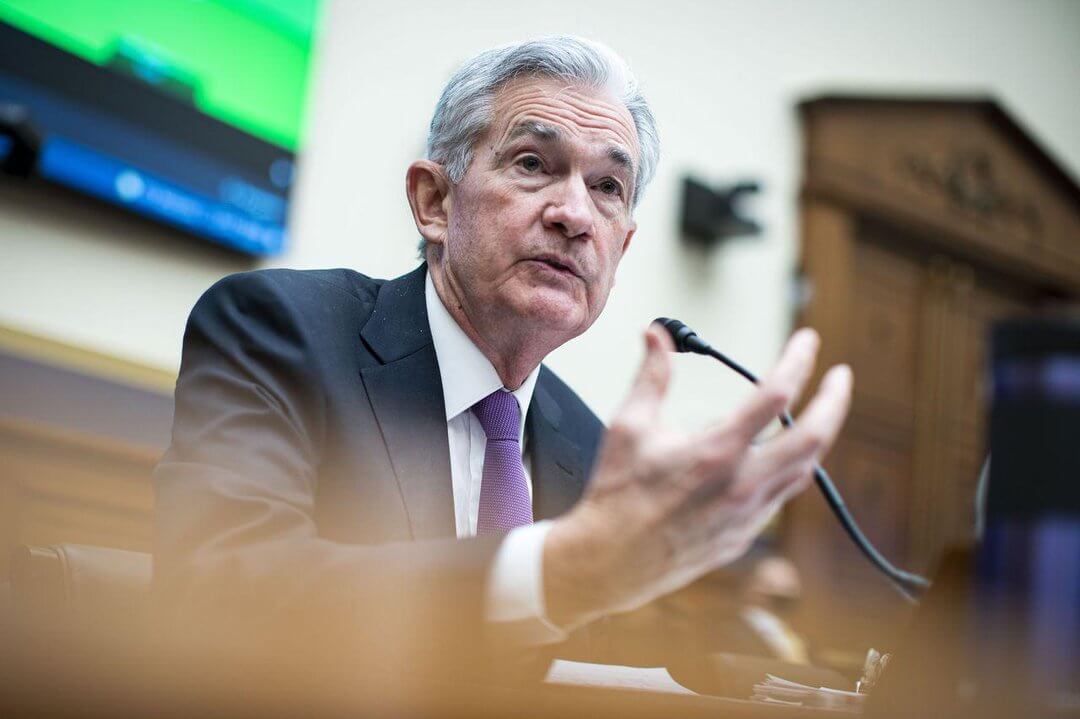 How you feel about inflation determines its longevity
One factor in inflation is if people expect it to keep rising. Knowing the answer helps determine when and how much the Federal Reserve raises interest rates.
Read more 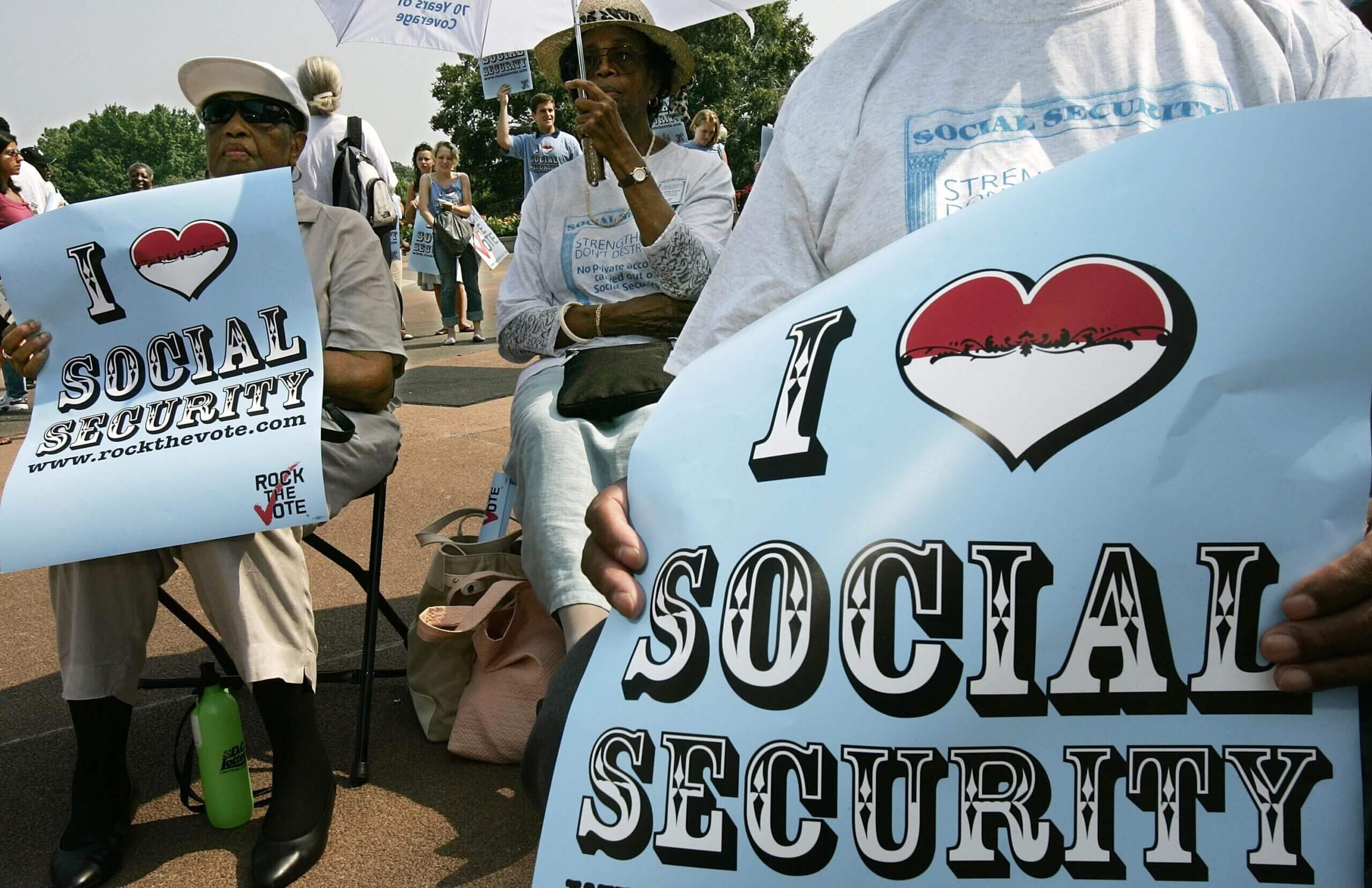 6 end of year tax planning tips for 2021
As the year comes to an end, it's important to start planning your 2021 taxes to reduce your obligations wherever possible.
Read more 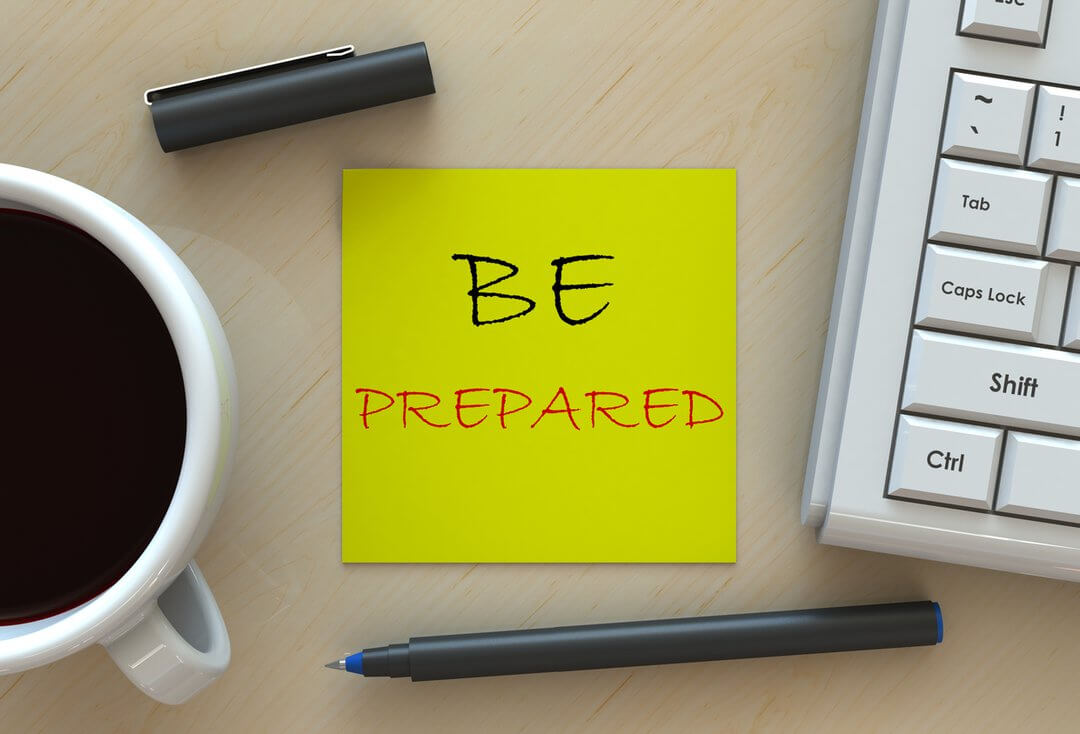 New for 2022: Roth IRA changes you need to know
While the maximum Roth IRA contribution remains $6K (with a $1K catch-up contribution for those 50 and older), the phase-out ranges for eligibility to contribute have changed.
Read more 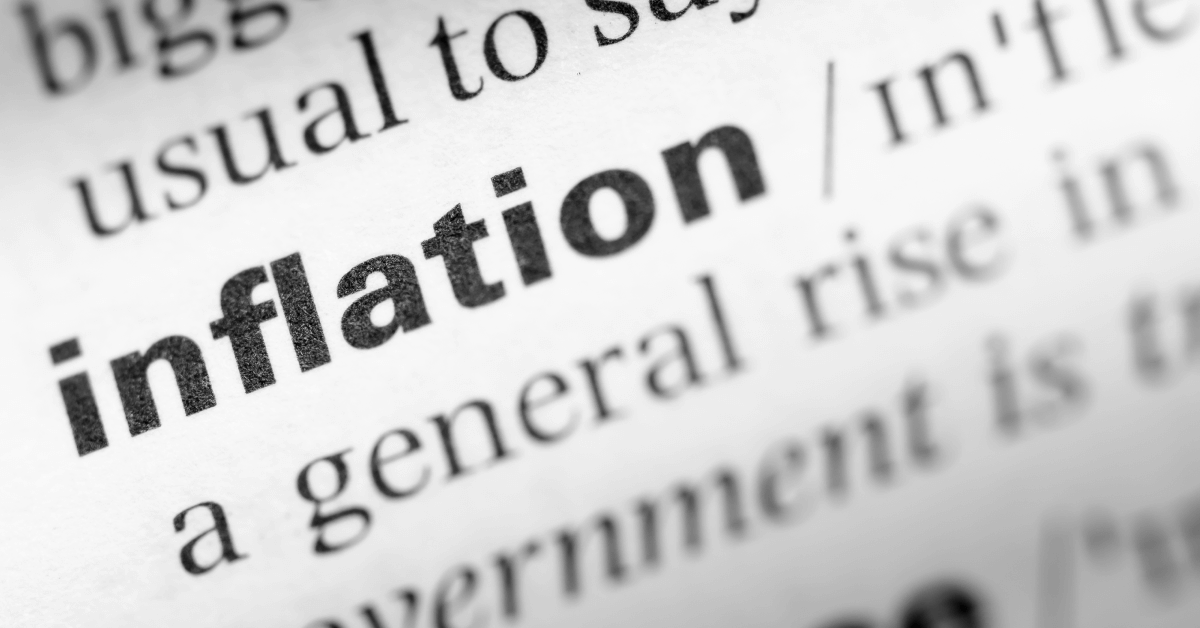 Invest to stay ahead of inflation
Inflation worries grow as the economy reopens. Steve Tuttle explains how to position your portfolio for financial success regardless of how much prices rise.
Read more 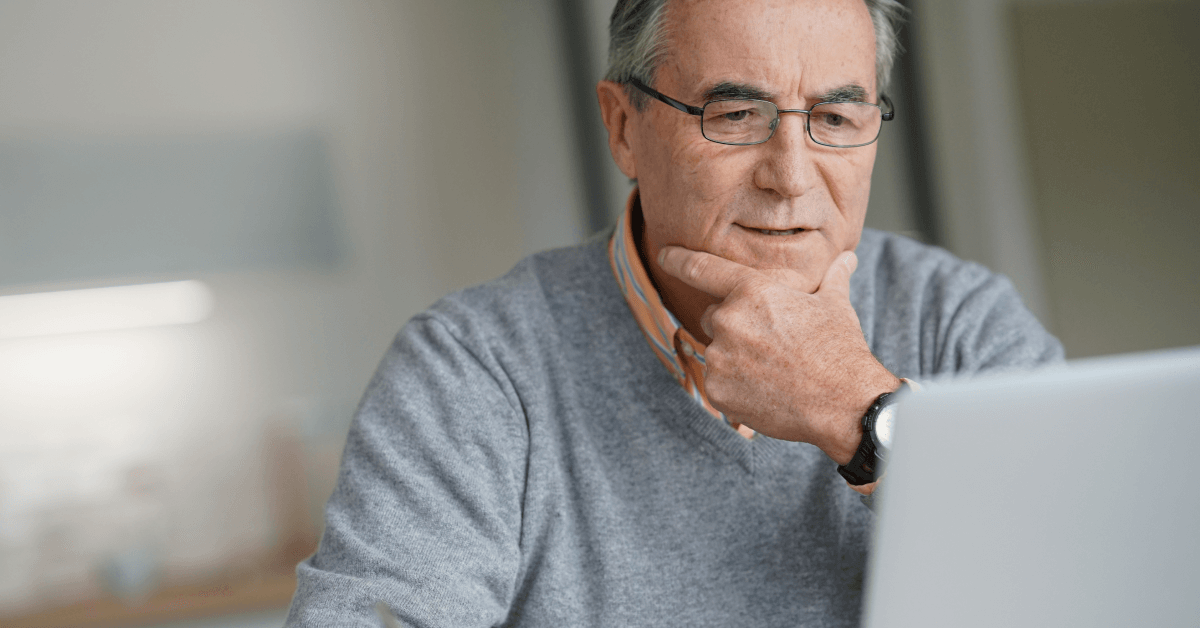 4 questions to ask yourself to prepare for retirement
Financial security in retirement takes planning, commitment, and money. These 4 questions help identify your goals and needs within a retirement strategy.
Read more

Success in investing requires patience
There are many successful investment strategies that have performed well over time. Yet, capturing these returns is not easy for investors. Patience can help.
Read more

Why real assets are worth investing in now
Real assets can hedge against inflation in the current environment. Find out what two types of real assets Signet advisors focus on for a balanced portfolio.
Read more

Should investors worry about GameStop?
The GameStop and AMC Entertainment story has dominated headlines recently. Steve Tuttle on why this won't have a big, lasting impact for long-term investors.
Read more

Investment lessons from 2020
2020 was a year of major upheaval. Here’re universal and timeless investment guidelines from Signet advisors to help you improve your financial situation.
Read more

8 ways to help lower your taxes
It’s a tough year for tax planning without knowing for sure which party will control the Senate. However here's how Signet advisors help clients save taxes.
Read more

The market focuses more on the macro environment than elections
President Obama and President Trump pursued different policies while in office. Yet results in the financial markets were awfully similar during their terms.
Read more

Sector investing: goals and advantages
Sector investing is an underrated strategy for investors, while it complements a core portfolio by seeking to enhance returns or diversifying portfolio risks.
Read more

Are you holding your assets in the right types of accounts?
Careful asset placement helps save on taxes. Asset location seeks to identify the right type of investment to own in retirement plans vs. taxable accounts.
Read more

Why investors shouldn’t overreact
Steve Tuttle comments on market volatility and what to do if you are worried. Hint: don’t let coronavirus fears rattle your investment plan.
Read more

3 year-end tips for retirees
The end of the year is viewed as a time of spending. It can also be a time to consider tax-saving strategies. Here're the Signet advisors' tips for retirees.
Read more

Political noise and investing
The media flurry around the elections received a boost from impeachment talk. How will the complexities that follow major political events impact markets?
Read more

Advice for investing near market highs
The S&P 500 is again near all-time highs. Psychologically, it can be tough for some investors to stay invested and buy. However, it is not a signal to sell.
Read more

4 areas of focus for retirement planning
Investing during retirement can be a daunting task. Steve Tuttle explains how to build a sound retirement plan that will increase your chances of success.
Read more

Tax-exempt bonds to ease the impact of lower SALT deductions
Steve Tuttle discusses strategies on how to deal with higher federal tax liability from newly imposed limits on deductions for state and local taxes.
Read more

How to put more certainty in your retirement income
The emotional toll from the stock market crash of 2008 still lingers for retirees. To avoid a similar calamity may of them reduce exposure to equities.
Read more

Should you consider a Roth IRA?
Due to lower income tax rates the benefits to establishing Roth accounts are increasing. Here're strategies to optimize the use of tax-advantaged accounts.
Read more

Why investors shouldn’t chase the S&P 500 or any benchmark
Driven by fear of underperforming the market, investors tend to focus on stock market benchmarks. But benchmarking investment can take your eye off the ball.
Read more

4 bond strategies to consider with market volatility on the rise
Today’s backdrop requires a fresh approach to bond investing. Here are the strategies that can reduce equity risk while providing liquidity and income.
Read more

Guide to healthcare in retirement
Our healthcare system is complex and difficult to navigate. Signet Financial Management provides a summary of the healthcare programs available to retirees.
Read more